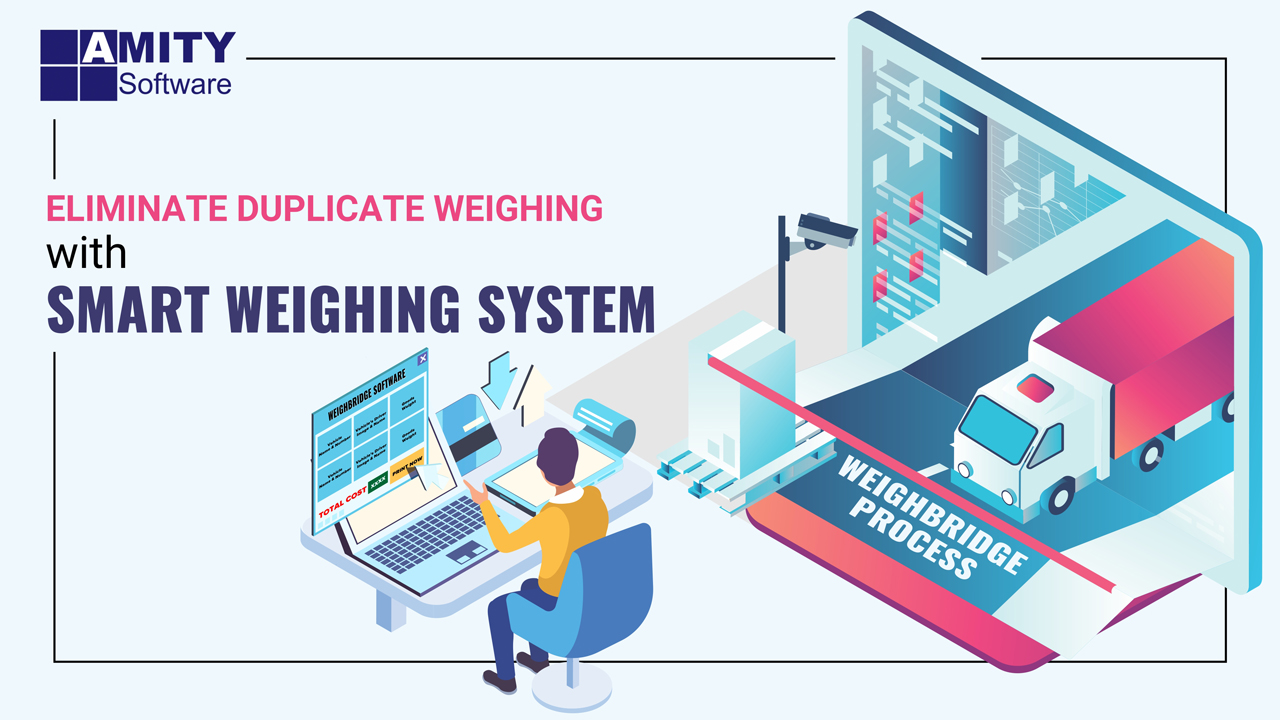 Amity’s Smart Weighing System is an automated weighing system that is being used by the industries and mills to streamline their weighing operations.

Duplicate weighing in the factories & mills are one of the major revenue loss causes. It can be either due to the fraudulent activities by the weighbridge operator or because of the errors in the manual truck weighing system in work.

How does it Work?

The system is a completely automatic weighing solution that handles end to end weighing process in the factory.

The various components of the system are –

Every truck driver is given a smart card. The smart card chip contains all the details of the truck and the driver. The driver, when enters the smart weighing system, puts the smart card on the reader to verify themselves.

Once the driver details are verified, the system marks them as entered and they can proceed further. How does it help you? This makes sure that no truck enters the weighing line for the second time.

The entire weighing solution is free from any manual intervention. Right from the truck entering the weighing system to its exit, there is no need of any operator at any stage. The software system handles everything.

Smart card verification makes sure that there is no repetition. An operator to verify the details at the smart weighing system entry point is not needed. The automatic system also makes sure that any operator who thinks of taking the unethical road to earning some dollars under the table is not able to do anything.

No Chance of Error

The primary purpose of using an automated weighing for truck scale is to eliminate any and all chance of error in the system. Errors are the major cause that the factories lose their revenue in the weighing process despite it being it one of the crucial operations.

Our automatic weighing system is designed so that there is no scope of error. With our smart weighing system, every single operation is digitally recorded and cannot be tampered with. Thus, the report generation is completely transparent.

The system also has an automatic boom barrier which operates in integration with the smart card. The smart card reader verifies the details and the barrier lifts, allowing the truck to move forward. The operatorless weighing system by us is also integrated with the moving of boom barrier. You do not need an operator to operate the boom barrier.

Our smart system is aiding hundreds of industries save thousands of dollars annually by streamlining their weighing process from the start to end. For a free consultation and free demo, reach out to our team today. Read more about our smart weighment system or send us a query.

What is Fleet Management Software & Its Benefits?